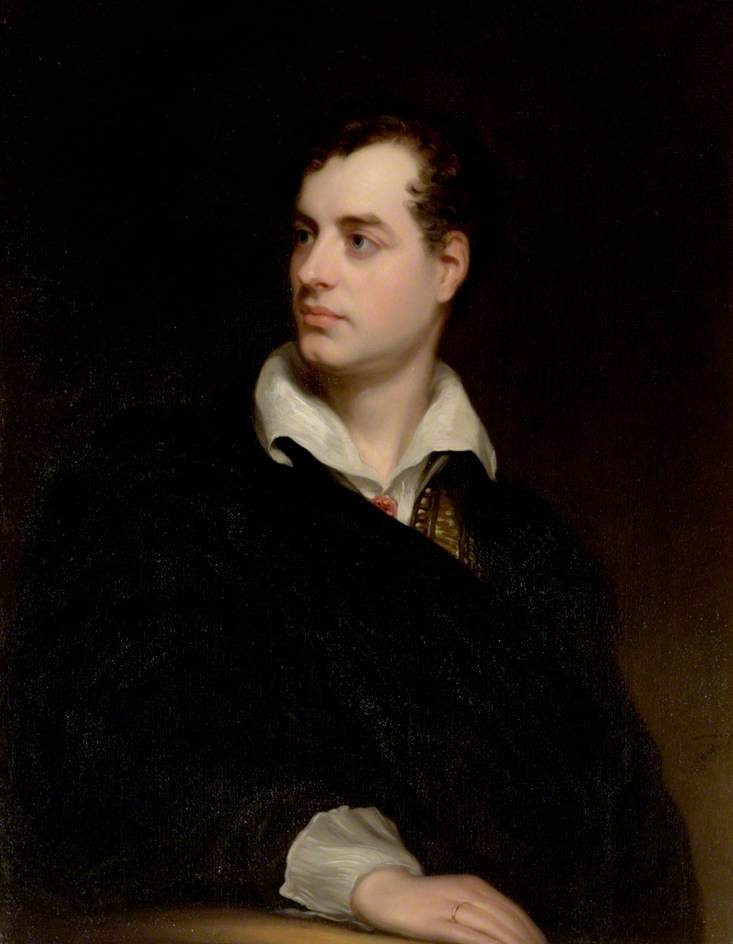 Image Description: A portrait of Lord Byron. He has dark curly hair and a thoughtful expression.

As a person with low vision and a love of the written word, I am always on a lookout for writers with disabilities. I am also a huge fan of poetry.  In today’s world, when people walk into a bookstore, they are usually searching for a novel, magazine, or other work of prose. But there was a time when a poet with a disability dominated the literary landscape. His name was Lord Byron and in many ways he helped to define the age of romanticism. His verses remain some of the most beautiful and the most passionate that the western literary world has ever seen.

“Bad and dangerous to know.”

Lord Byron (January 22, 1788- April 19,1824) was one of the greatest poets of the romantic age. In many ways, Lord Byron was like a modern day rock star. He became renowned for his good looks, scandalous love affairs, and wild ways of living.

Byon’s true life story reads like a novel. His father was a sea captain known as “Mad Jack,” and his mother was Katherine Gordon, a Scottish heiress. At the age of ten, Byron inherited his title from a distant relative known as William “the Wicked,” Lord Byron.

Even from a young age, Byron was a colorful character. While he was still a college student at Cambridge, he kept a dancing bear for a pet. He was described by one jilted lover as “mad, bad, and dangerous to know,” He loved to travel, enjoyed fine foods, had a heart for animals, and even swam the Hellespont.

His life also ended like a novel. Inspired by the cause of the Greek people fighting for their independence, he set off for Greece and joined the people in their battle for freedom.  Although he was not killed in battle and instead died from a sickness he contracted, he is still revered in Greece as a national hero.

Today, most people tend to curl up with a novel instead of a book of verse, but during his time, Byron’s works could be compared to blockbuster hits. The reading public, especially the ladies, were enamored with this brooding and handsome hero. Even so, Byron still had his detractors. Another famous poet, Keats, made the derogatory statement that Byron was, “a hectorer in proud verse (“Stuff You Missed in History Class”).

Despite the criticisms that were leveled at Byron’s work during his time, his poetry has endured. He is most famous for his semi-autobiographical poem Childe Harold’s Pilgrimage (1812-1818), his satirical poem Don Juan (1819-1824), and his many passionate love poems.

As a person with a visual impairment, I know that people are more than their disability. However, I am also a writer, and as such, I know that everything I write and every sermon I preach is filtered through my own unique view of the world. No one can be truly objective. We all view life through a unique lens that is shaped by our own unique experiences.

Byron was born with a club foot. Club foot is a congenital development that occurs when a person is born with their foot twisted inwards, which causes the person to walk with a limp or uneven gait. There are different levels of severity for club foot. According to the American Academy of Orthopedic Surgeons, “in clubfoot, the tendons that connect the leg muscles to the foot bones are short and tight, causing the foot to twist inward. “ Although Byron blamed his mother for his clubfoot because she wore a corset during her pregnancy, the actual cause of club foot remains unknown.

Sometimes clubfoot requires surgery in order to be corrected, but “most cases of clubfoot are successfully treated with nonsurgical methods that may include a combination of stretching, casting, and bracing (ibid).”

Byron wore special boots which he had made especially in order to hide his club foot and to provide support. Although we know that Byron walked with a limp, he still participated in sports such as boxing, swimming, and horseback riding. Sadly, we are told that Byron’s first heartbreak occurred during his school years when he overheard the object of his affections mocking him because of the way he walked (“Stuff You Missed in History Class”).

I cannot help but wonder how Byron’s disability impacted his own view of himself and his writing. Did he feel the same pressure to be exceptional that many people with disabilities face today?  Was he goaded on to greatness by the snickers and mocking looks of his peers? Or, if we could ask him, would he simply say that his poetry and his art was beyond the reach of such human worries and concerns? Furthermore, how many of the stories surrounding Byron’s alleged “wickedness,” are fact and which ones are fiction? Sadly, we may never know.

Byron was also not without his faults. During his lifetime, he may have engaged in a romantic relationship with his half-sister as well as committed acts of violence against women. Because his personal memoirs were destroyed after his death, it can be hard to separate the truth from fiction.

As tantalizing as these questions are to consider, we may never know the answers in their entirety. We are left to wonder about the real Lord Byron. Who was he really?  Perhaps in the end, his poetry simply speaks for itself. 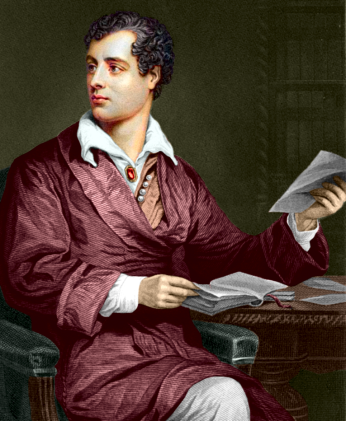 Image Description: Portrait of Lord Byron. He wears a burgundy coat and holds a book.

She Walks in Beauty

Of cloudless climes and starry skies;

And all that’s best of dark and bright

Meet in her aspect and her eyes;

Thus mellowed to that tender light

Which heaven to gaudy day denies.

One shade the more, one ray the less,

Had half impaired the nameless grace

Which waves in every raven tress,

Or softly lightens o’er her face;

How pure, how dear their dwelling-place.

And on that cheek, and o’er that brow,

So soft, so calm, yet eloquent,

The smiles that win, the tints that glow,

But tell of days in goodness spent,

A mind at peace with all below,

A heart whose love is innocent!

“Clubfoot,” from the American Academy of Orthopedic Surgeons. https://orthoinfo.aaos.org/en/diseases–conditions/clubfoot/

Rev. Rebecca L. Holland is a visually impaired writer and a pastor in the Untied Methodist Church. She is the chair of the Disability Ministry Task Force of the Susquehanna Conference and she is fascinated by the intersection of faith and disability. Her book Hope for the Broken, is coming soon from Touch Point Press.

Gender, Race, and Disability: The Aspects of Inclusion We Frequently Forget in Church

Book Review & Author Interview: The Bright Side of Darkness with J.E. Pinto is the best representation of a blind character in a fictional novel that I have ever read! The author, J.E. Pinto, also happens to be blind. In this interview, she speaks about her inspiration for her award winning novel, writing characters with disabilities, and her writing process.