This week, I am delighted to feature experienced environmental journalist and wildlife writer, Chloe May Ward. Chloe has over seven years of experience in journalism and has even written for National Geographic Kids. Her blog is full of amazing animal facts and delightful wildlife photos.

When I invited Chloe to write a guest post, I told her to write about her passions. In the past, I have written about the importance of being good stewards of God’s creation.  Chloe and I both love animals and this beautiful world in which we live.  That is why I am pleased to share with you Chloe’s fascinating article about how young people are working together to raise awareness about climate change and the importance of protecting planet.

Do you have a guest post, poem, or article that you would like to submit? I’m always happy to promote my fellow writers. Use my contact form to send a pitch or a query my way!

By Chloe May Ward 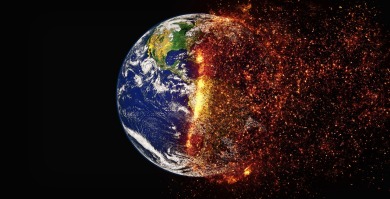 On 15 March, thousands of students from around the world skipped school to protest against their government’s failure to tackle climate change. Young people from parts of Africa, Asia, Europe, North and South America, took to the streets to form more than 2,000 protests demanding that action be taken before it’s too late.
Climate change, as defined by the UK Met Office, is “a large-scale, long-term shift in the planet’s weather patterns and average temperatures.” It’s caused by the burning of fossil fuels (such as coal, oil and gas), the cutting down of forests, which naturally absorb carbon dioxide, and an increase in cattle breeding, which raises the levels of methane gas produced by the livestock.
Over the last hundred years, the temperature has risen by almost 1°C. There is a global agreement in place which states that to stop the planet suffering from the worst effects of climate change, temperature rises need to be kept below 2°C. However, if we continue to live our lives as we do now, Earth is on course to see temperature increases of 4°C or higher.

The Dangers of Climate Change

To provide a bit of context of how important it is that temperature rises are kept as low as possible, a rise of 2°C would result in severe storms and floods especially along coastal areas, while other parts of the world would face severe droughts. Many food chains will be affected as the seas turn more acidic, killing our oceans coral and krill. During the summer months, there would be little to no Arctic sea ice, which not only affects the polar bears who would lose their homes but it means that the planet’s climate would warm at a faster rate (polar ice reflects the sunlight back into the atmosphere instead of it being absorbed by the earth).
If you think this sounds bad, imagine what would happen if the temperature did rise beyond 2°C. According to WWF, this would cause the deaths of our rainforests, the ancient ice sheets of Antarctica and Greenland would melt away causing huge rises in sea level and there would be a mass displacement of people and species, triggering widespread extinctions.

A staggering 97% of climate changes are caused  by human actions. That is why young people around the world chose to put down their books and march in the first global climate strike. The hashtag #FridaysForFuture was widely used throughout the protests and on social media. This is because the movement started with a 16-year-old girl from Sweden who, since last August, has walked out of school every Friday to stand outside Swedish parliament demanding change. Greta Thunberg called her campaign “Skolstrejk för klimatet”, which translates as school strike for climate. Earlier this year, Greta told world leaders at the World Economic Forum in Davos, Switzerland; “I don’t want you to be hopeful, I want you to panic. I want you to feel the fear I feel every day and then I want you to act.” On 15 March, large crowds gathered in Stockholm’s central square to hear Greta speak. To loud cheers she said to the children and young people; “We have been born into this world and we have to live with this crisis, and our children and our grandchildren. We are facing the greatest existential crisis humanity has ever faced. And yet it has been ignored. You who have ignored it know who you are.” Her single-minded determination and passion for her campaign has earned her a Nobel peace prize nomination.
In Sydney, Australia, approximately 30,000 young people took to the streets. In India, a number of smaller strikes took place, with more than 200 students walking out of their classrooms in Delhi. Participant Vidit Baya, aged 17, explained that “In India, no one talks about climate change. You don’t see it on the news or in the papers or hear about it from government…. This was our first strike as a nation… It is a fledgling movement but we are very happy with our action today.” In the UK capital, it’s believed that around 10,000 people gathered in London, with thousands more flooding the Scottish streets of Glasgow and Edinburgh. 18-year-old Hannah, who protested in Shropshire, said “I believe there’s no point of us getting an education and planning for the future if there is going to be no future.”

How Can I Help?

So what can you do to help I hear you say? Speak up. Make noise. Take a stand. By raising awareness of these important issues, the environment is able to get the attention it deserves and people can find out where and how they can get involved. When it comes to what you can do locally, it’s all about sustainability. Instead of driving short distances, why not consider walking, cycling or using public transport. Ensure that you are buying ethically and sustainably sourced foods and products, such as furniture. Reduce the amount of waste you produce, which ultimately ends up in landfill or littering our environment by choosing wisely, and making sure to always reuse and recycle wherever possible. 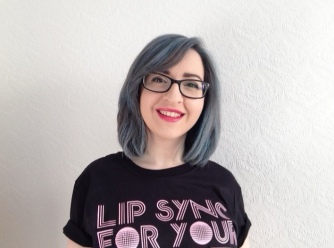 Chloe May Ward is a freelance wildlife and environment writer who has seven years journalism experience behind her. She has always had a passion for animals and the planet we share them with and takes pride in creating informative and engaging content on a host of subjects. From writing about newly discovered species and conservation success stories, to covering the darker subjects affecting our planet, such as animal trafficking and climate change, Chloe has written about it all. You can read more topics like this one on her blog (https://chloemayward.wordpress.com) as well as on her newly founded social media accounts.

Please make sure to follow Chloe and support her on her writing journey!

If you enjoyed this guest post by Chloe, I’m certain that you will also enjoy  the guest post by Amanda Gene Nelson, a Disability Blogger is who is chasing her dreams!

Also, if you love animals, then you should definitely check out my recent article about how the soulful eyes of a beautiful manatee brought me closer to Jesus!

Join me in my mission to make the church and the world more accessible! Please  subscribe to my blog so that you never miss a post!